I recently paid down nearly one-third of our remaining car loan balance! In case you haven’t been following along and want the back story, check out Part I and Part 2. The short version of this story is that I spent a year traveling to visit missionary friends all over the world. I saw how they lived. I watched them pack their belongings into eight suitcases and sell everything else. I sat in their simple apartments. I visited people they served in villages and sat on the floors of huts. I saw the cramped dorms at a highly competitive university in an emerging country. I saw all these examples of living simply and not clinging to material possessions. And then I came home.

I was overwhelmed by the thought of having so many things in my garage that I couldn’t park my wife’s car inside the garage. In case you missed it, the purpose of a garage is typically to store cars. My family and I have been determined completely rid ourselves of a car payment we didn’t want, things we didn’t need and false ideals of having “stuff.”

So, we had a huge yard sale, sold items on Amazon, Craigslist, Facebook and eBay. We sold to friends, strangers and people we’d never meet. I sold coins, sports cards, clothes, decorations, graphing calculators (who would have thought that a TI-83 would keep its value so well?) and so much more.

Most recently I sold a pair of ankle weights on Craigslist. It took a couple weeks and, frankly, I forgot I even listed them until I received a text message from a buyer. A guy was looking for a set for his daughter who was a very good volleyball player, but who wanted to work out with them so she could jump higher and have stronger legs. I used them to rehab a broken ankle, but haven’t touched them in years. We met up at a gas station (where quality business transactions take place) and I exchanged the ankle weights for 10 one-dollar coins. Yep, he paid me in change. I know it all adds up just the same, but I found it odd that he had those lying around to pay me with.

I felt that it was time to cash in our savings to date and make a significant payment. I moved most of the money out of my PayPal account, grabbed the envelope filled with bills of various denominations and headed to the bank to make the deposit. When I got in my car, I remembered the 10 coins from the gas-station-ankle-weight-encounter and dropped those in the envelope as well. The envelope was tucked in the passenger seat of my car so nothing would fall out as I drove across town. Of course, as I turned into my parking space, the envelope became dislodged and I heard all the coins fall out. “Crap!” (or a similar term), I shouted.

I put the car in park and leaned over to collect all the coins. Two were still in the envelope, four were on the seat. I walked around the car to the passenger side and delicately opened the door, hoping that none would fall out in the parking lot. Nothing fell out, but I didn’t recover any either. So, I opened the door to the second row and found two more right away. Two left.

I moved an umbrella and a notebook out of the way and found one more. That makes nine. At this point, I was convinced that the coin was actually inside the seat. I had $1560.33. “What’s one more dollar?” I thought.

That dollar was important. We had worked hard for that money and we had saved since August of last year. I had to find that coin. Suddenly, I remembered that this story sounded quite familiar.

Luke writes about Jesus telling the parable of the woman and the lost coin. 8 “Or what woman, having ten silver coins,[a] if she loses one coin, does not light a lamp and sweep the house and seek diligently until she finds it? 9 And when she has found it, she calls together her friends and neighbors, saying, ‘Rejoice with me, for I have found the coin that I had lost.’ 10 Just so, I tell you, there is joy before the angels of God over one sinner who repents. (Luke 15:8-10 ESV)”

Notice what that woman did. She didn’t just look around for it, she diligently sweeps the house. Houses in those days did not have tile, hardwood or carpeted floors. They were dirt and dust. This woman literally swept her whole house hoping to uncover the coin that might have been buried in the dirt. The NIV translation says that she searched carefullyfor the coin. It was extremely important to her. It didn’t matter that I had $1560.33, I wanted the one last coin.

Please understand that this parable and my experience are not about money. It’s not about stewardship of finances at all. It’s about seeking those who are lost. It’s about loving people enough to tell them about Christ. It’s about living your life in a way that is a light to others who need guidance. It’s about a growing, loving, organic, caring, nurturing, bold, daring, humble, trusting relationship with Christ. This last coin I had meant enough for me to start tearing apart my car and had me considering how I was going to get inside my seat. I need to have that same desire for the people around me – my friends, family and strangers – to be introduced to the majesty of Christ and to hear from his Word.

The story ends with me cramming my hand so far under my car seat that it was practically in the glovebox and finding that last coin. Have you ever seen a farmer artificially inseminate a cow? That’s kinda how I felt, but, you know, a lot less gross. When I finally found the coin, I let out a huge, “HA!” The woman in our parable example rejoiced as well and told her friends about it. I would much rather be writing you about how I had an opportunity to share the Gospel with someone and have them accept Christ as the Lord of their life. In fact, I pray that I will have many blog posts like that in the future. But, for now, I can celebrate that we successfully paid down $1561.33 and have just a few thousand dollars remaining. 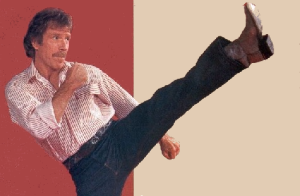 I checked the balance of the account prior to writing this blog. We roundhouse kicked our loan balance right in the teeth. It’s not a death blow yet, but that will be soon. Because we paid so much at one time, our next payment is significantly lower and I don’t have to pay again until June. But, we’re certainly not waiting that long. Our payments will continue as normal. We will also continue to sell the stuff we don’t need.

Up next: what to do with an original Space Invaders cocktail table arcade game?