You matter. (For reals.)

Recently, Italian photographer Gabriele Galimberti did a photo study on children around the world posed with their favorite toys.  His series, Toy Stories, spans several continents and children from a variety of cultures.

Three thoughts came to mind while I was looking through his collection.

What a great idea for a photo study.  The toys were hand-picked by the kids and in a way, they represent their society, their hopes and their dreams.  I have a passion for photojournalism and telling stories.  I wish I came up with this idea first.  Seeing how these kids meticulously arranged and presented their toys, like this one from Noel in Texas. 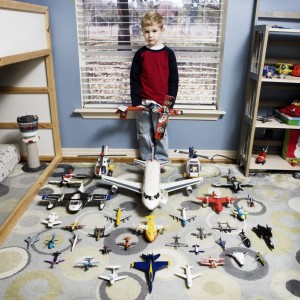 2. What would my selections have been?

I had (have) over 250 of these guys. I’d love to come across some more.  They are all in a Tupperware in my storage unit.  I used to spend hours playing with them as wrestling figures.  I can still remember their signature moves, rivalries and which ones held championship belts.

I’d also include my basketball.  I seemed to wear out one every few months.  I had plenty of these old indoor/outdoor leather ones chipping and fading away in my garage.

As I’ve mentioned in previous posts, I think I’m getting soft in my old age.  I was looking at these kids and their toys and definitely got emotional.  Some kids had tons of toys.  These kids didn’t have enough hours in the day to play with all the stuff in their rooms.  But, then there were kids like Chiwa from Malawi.

Chiwa is living in a block house, held together with mud and brick.  Chiwa sleeps under mosquito nets to prevent malaria and other diseases.  Chiwa’s clothes, bedsheets and legs are filthy.  But, look at the toys.  The little white dog is pristine.  It looks like it just came out of the shopping bag.  Chiwa took great pride in keeping the toys clean and desirable to play with.

This little girl is Kalesi from the Fiji Islands.

Look at the joy on her face!  She loooooves her backpacks and her dolls.  She even looks like a baby doll.  There’s not a lot in the photo so I’m only assuming that the rest of her home is relatively bare.  I can see Kalesi sitting on the hard floor taking care of her dolls.  She feeds them with the pink bowl and blue cup.  She carries them around in her Transformers backpack.

Viewing these photos made me want to go and just hug these kids and tell them that God loves them.  The same emotion and care they had for their toys is the same love and caring that God has for them.  I wanted these kids to know that they matter.

To this kid I photographed in a park in Asia where Christ is not allowed – you matter.

To these kids enamored with boats and ducks in a lake in Spain – You matter.

To this little kid in North Africa, whose family may never tell him about Jesus – You.  Matter.

To these kids who had their portrait taken at a church in the barrio of Caracas, Venezuela – You Matter.  God has a great plan for your life.

To these students who heard the Gospel during English club at their university and can make a difference in a socialist community – You Matter.  Place your faith in Christ and worship him instead of saints.  Show your city God’s love.

To anyone who thinks they are too dirty, too broken, too messed up, too beyond repair, too unworthy, too old, too young, too confused to get on your knees and respond to a living God who is calling you to him – you matter.  You do.  You are God’s favorite possession.  He wants to shine you up and show you off like the kids showed off their toys.  He wants you to love him.  He wants to hear your praise.  He wants you to matter, because when you matter to the world, you matter to him.  It’s time to respond.