Live how you play.

He’s at the foul line.  He fakes left and goes right.  He’s driving the lane.  He’s picking up speed.  He jumps!  Slam dunk!  Oh no!  He ripped the rim off the backboard!  What a powerful dunk!

Yes, this actually happened.  To me.

Let me fill in a couple key details.  The first thing to note is that the goal was lowered down to about eight feet.  My dad and I were installing a new, adjustable goal to replace the one that was held up by brackets.  This particular hoop had been up for many years and it’s best days were long gone.
Oh, and one other detail.  There was actually no real game that was taking place.  In fact, this is just me playing by myself.  And, after I managed to rip the rim off the backboard, I landed straight down on my tailbone and knocked the wind out of me.  The dun-na-na, dun-na-na SportsCenter theme that I was expecting was more like uh-oh-oh, uh-oh-oh.

Most of my life from age 12-18 looked like this video.  We loved the games when we lowered the goals and pretended we were superstars.  We’d play pick up basketball games all over town.  We’d play at whichever gym, school and driveway had a game.

I’ve probably played in thousands upon thousands of pickup games over the years.  The courts might change, the balls might be a little different, but there’s one thing that never changes — the personalities of the players.

You can learn a lot about people from the way they play basketball.  Pickup ball is like a window into someone’s soul.  OK, that’s probably a bit much, but let me give you some examples. 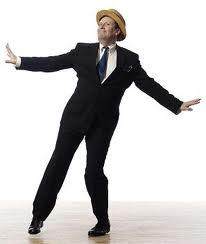 Player profile: This first guy is all about himself.  He loves having the ball in his hands.  He loves the magic that happens when he dribbles around and around and around.  He has 14 moves that he practices daily and he uses all of them the first time he gets the ball.  But, when he misses and the other team gets the ball, don’t expect him to play any defense.

I met a man while playing in another country earlier this year, who I’ll refer to as Z.  Z, admittedly, just played basketball for the ladies (on a court filled with guys, ironically).  On the court, Z worked very hard on offense and had a lot of talent, but as soon he turned it over, he just checked out.  He beat himself up for messing up and never got back on D.  In life, Z was in his early 20s and still lived at home.  He has a huge heart, but is very cocky.  Made some irresponsible decisions in his life and with his money.  He relies on his parents for everything.  He loves to have a good time, but when his back is against the wall, he shuts down.  Z was very much met the profile of “showtime.”  His life was reflected in his game. 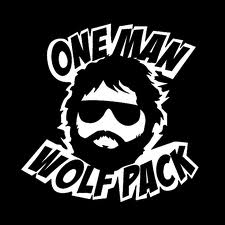 Player Profile:
This player has never done wrong.  He’s never actually ‘missed’ a shot or turned the ball over because of his doing.  If you touched the ball, you’d better give it right back to him, because you don’t deserve it.  This guy is usually one of the smallest on the court and reminds you of a little yip-yip dog, all bark, no bite.

I used to play ball at 5:30am before work.  About 20-30 people would show up to play.  We referred to one of the guys as ‘White Chocolate’.  White Chocolate loved to talk.  He loved to showboat.  He would try a behind-the-back pass, but when it sailed out of bounds, he would yell ‘Dawg, where were you?”.  He would pull up from four feet behind the 3-point line and barely scrape the front of the rim.  But, you fouled him.  He didn’t miss.  He never missed.  White Chocolate tried to call plays, but really he just wanted you to run an isolation play so he got to shoot.  In all honesty, I truly believe that he would rather play one-on-five than have four other teammates.  I think we just got in his way.

Now, I don’t know White Chocolate personally, but I’ve played with plenty of guys like ‘The Wolfpack’.  These guys sat on the bench by themselves when they stretched or between games.   They had insecurities, but talked a big game to make up for it.  One “Wolfpack” player I met changed his shirt on the court at the end of a night of playing.  He had so much back hair and was so insecure about it, that he (somehow) convinced someone to shave his back in the exact form of the tank top he wore when he played.  Weird. 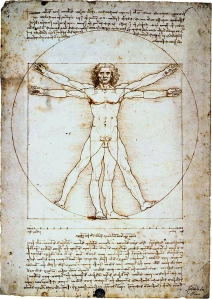 Player profile: These guys are great teammates.  You can’t complain when you play with The Renaissance Man.  When you were on their team, you knew you’d get the ball, you knew you’d have someone help on defense and you knew that you had a real teammate.  When playing The Renaissance Man on defense, you hated it.  This guy could beat you in so many ways.  If you shut down his shooting, he passed incredibly well.  If you blocked the passing lanes, he beat you off the dribble to the hoop.

My friend, Scott, is one of these guys.  He’s rarely on the losing team.  He can shoot, distribute, play defense and always has a knack of being in the right place at the right time.  You can’t coach a lot of these things.  I love playing with Scott because of his vision on the court.  Likewise, he lives his life the same way.  Scott has a passion for sharing the Gospel and for discipleship.  He’s a great father and involved in the lives of his friends.  His personal life is as well rounded as his on-the-court game. 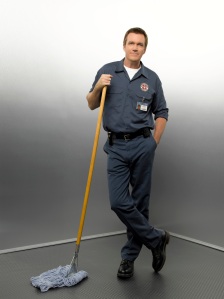 Player profile: The Janitor is a role player.  There is nothing flashy about his game.  The Janitor often does a lot of the dirty work that most others in pick up ball don’t do.  He sets picks, is active on the boards and is aggressive on defense.  The Janitor knows his place on the court and knows that he’s not going to be doing the scoring.

I’m a Janitor-type.  There is nothing fun to watch about my game.  No one sees me walk on the court and says “Him.  That’s the guy we need.”  In fact, when a dumpy bald dude with two ankle braces and a knee brace walks on the court, most people underestimate me.  That’s just fine with me.   I’m a post player (I like to play down by the hoop).  While on my high school team, I was a guard, but largely because our team had some really big guys on it.  Our center was 6’10” and we had at least three others that were 6’4″.

I wasn’t great handling the ball and I didn’t shoot incredibly well.  I made the team because I was the one who dove for loose balls.  I hustled on defense.  I cleaned up the stuff that the others didn’t want to do.  I practiced with the guards, but I loved watching our bigs go out and clash in the paint.

In pick up games now, no one wants to play down low.  Everyone wants to be Stephen Curry and shoot three-pointer after three-pointer.  I’ve got two shots in my arsenal.  I can do a hook shot and a hook shot from the other side.  Occasionally, I might heat up from beyond the arc, but those times are about as frequent as the Orlando Magic winning a game these days.  I enjoy the success when I’m able to surprise the defense and score a few points.  But, I enjoy getting my teammates involved and letting the players play.

Off the court, I get a lot of joy in helping other people succeed.  I enjoy leading training sessions at work.  I like building people up and watching them grow.  I love encouraging others to go on mission trips and then hearing or seeing how God used them in fantastic ways.

James 2:15-16 questions, “Suppose a brother or sister is without clothes and daily food. If one of you says to him, “Go, I wish you well; keep warm and well fed,” but does nothing about his physical needs, what good is it?”

This is exactly like our Wolfpack friend who yells at YOU for not getting the rebound from his terrible shot.  We can’t just say, “I hope we win and all play great defense,” but then you fail to make it across half court when the other team has the ball.  This is what causes sports teams, workplace teams, relationships or even church committees to self-destruct.

As participants in team sports, our role is to do our part that brings success and cohesion to our team.  As believers, our challenge is to live our lives in a way that brings glory and honor to God.  Which player are you?  Where are your priorities?  Who gets the glory in your life, you or God?

One thought on “Live how you play.”